A brief dash through the history of the Tampa Bay area leading to our present day Carlouel. 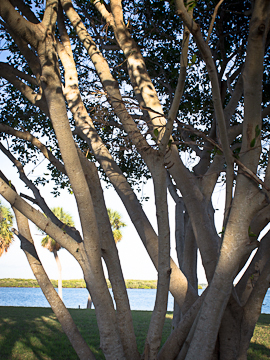 Clearwater was named for the natural clear springs rising from the harbor.  Panfilo DeNarvaez discovered the area on April 15, 1528.  He and his troop of 300 were the first white men in America to set foot upon the shores of Tampa Bay.  Also included in their number was Estevanico, a slave from Morocco, the first African man to arrive in America.  We are assuming in 1528 there were barrier islands in somewhat the same position as today.

After the Seminole Indian War ended in 1842, the United States government passed the Armed Occupation Act.  This Act gave 160 acres to any “Head of Family” or single male over 18 years of age who would bear arms and live on the land in a fit habitation for five years and cultivate at least five acres.

The first white child was born on the Pinellas peninsula in 1853.  He was Oden Booth.
In 1897 Earnest Tate, a rugged fellow from Tennessee, brought his new wife Leola to this island now known as Clearwater Beach.  For years it was known as Tate’s Island.  He established his homestead rights on 164 acres of the island for $200 in a grant signed by President McKinley.  He built a house on the property just north of the new Pier 60 Park.  The island wildlife consisted mainly of turtles, birds and gofers.  Picnickers would rout out the turtles, then bet on which one would reach the Gulf first.

Earnest Tate in 1898 borrowed $450 from Gordon Keller of Tampa.  He gave the island for collateral.  Tate failed to pay the note so Keller took possession of the island for $450.

In 1917, the first bridge to Clearwater Beach was built.  Prior to this bridge, a trip to the island could only be made by boat or ferry.  The bridge was built of wood.  It started in Clearwater at the foot of Seminole Street and came to Bay Esplanade Avenue at about the sight of the present Clearwater Beach Recreation Center.  Some vestiges of the bridge still remain.  In the early years if you were to look north up from what is now the 880 Building on Mandalay Avenue, you would have seen a scene much as you see today on the inner ranger roads and paths on Caladesi Island State Park.  By 1920, the first permanent residence had been built at the north end of the island.  It is still in existence and it is located at 984 Eldorado Avenue. 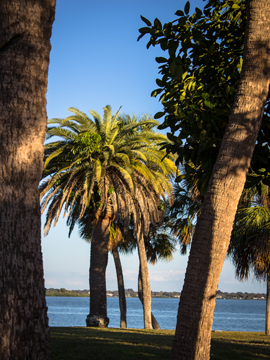 In 1922, L.B. Skinner had begun a huge subdivision on the beach just south of the present Carlouel.  This was called the Mandalay Subdivision.  South of the present Carlouel in 1926 Mr. Skinner started a 250-room hotel.  A wide divided avenue was to lead from the hotel to a proposed boat dock on Bay Esplanade.  The depression stopped construction.

The multi-floored 880 Mandalay Building, now called the Regatta Beach Club, was constructed in the early 1960’s on the sight of the 1929 hotel.  Next time you pick up your newspaper on Eldorado Avenue and Kipling Plaza in front of this building, look east down the wide divided avenue and try envisioning what Mr. Skinner planned back in the twenties.

A new bridge and causeway leading to the beach was built in 1926.  Parts of this old bridge still remain along side the present bridge built in 1963.

The bridges opened the island and visitors increased.  Since it was a long way from the nearest police force, the people of Carlouel felt the need for some security.  They did what many communities are doing today, they built a fence across the southern perimeter and hired a security man to check the comings and goings of people through the stone pillars located on Mandalay Avenue.  The wooden gatekeeper’s house still stands at 973 Mandalay Avenue.  Carlouel Garden and Improvement Association for years tended the plants and shrubs along the fence line.  The fence had become a symbol to the residents of Carlouel and it seemed to elevate property values north of it.   The Carlouel Company was desirous that all persons purchasing lots in the subdivision would be assured beach access to the Gulf of Mexico.  The company, in 1937, gave a right of easement to residents of the Carlouel Subdivision over Lot 17 on Block 69 and Lot 13 of Block 70 in perpetuity.

The early development was along the Gulf side with just a few bayside homes. A 1940 aerial view from the north end of the island looking south shows development on the Gulf and Bay, but the great majority of inner development had to wait for the post-WWII decade.  Many of the earlier homes started out as cabanas in the early 1930’s and were added to over the years. 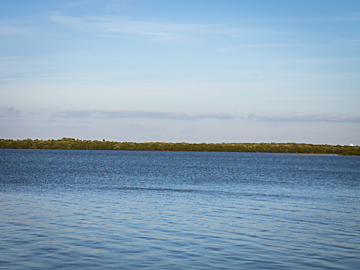 The late 1970’s a small group of people both north and south of the fence decided that it wasn’t right to have a private fence across public streets.  They protested and a great deal of controversy ensued. A petition was circulated and almost everyone living in Carlouel was in favor of keeping the fence.  Finally, after one of the most jam-packed commission meetings ever, the decision by the commission was a compromise.  The City Commission in September 1978 directed the City Manager to prepare and process a vacation request for the area which underlies the Carlouel fence.  In turn, through their attorney, the Carlouel Garden Club and Improvement Association, stated that the Association would move the fence and take care of landscaping on both sides and also agreed to turn arounds on dead end streets.

The old fence was removed where required, but agreement among residents in the effected areas could not be reached on its replacement.  There was some talk for a while of a split rail fence to replace the old chain link one.  In the end, shrubs and trees were planted to block vehicular access at all areas except Mandalay Avenue.  It may seem strange to newcomers to see several public streets simply blocked from access, but that’s the way it has been for a very long time.

The 1980’s and 90’s have found many older Bay and Gulf front residences being razed and multi-level homes replacing them, all built to withstand hurricanes and high waters.  Thus continues the saga of Carlouel, The Eden of Florida. (written by A. M. Plagiarizer, 1999) 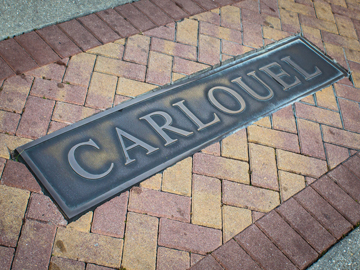 Time marches on – and now it is 2016.  But it seems the same in Carlouel.  Families come to visit, bicycles and kayaks and paddle boards glide by, babies learn to swim and the turtles lay their eggs on the sand beach.  The Eden of Florida remains a wonderful place to live.

These last few years have brought changes in our street signs and new beach access plantings.  The Mandalay Avenue gateway has been enhanced and refurbished, with new sidewalks, security cameras, lighting and a decorative seashell inlay.   Our perimeter plants have been pruned and cleaned up and our neighborhood looks great.   A new website helps us all stay in touch and keep us informed about new neighbors and events.  But the real secret to Carlouel is its communal atmosphere, blending privacy and neighborhood warmth.  What a privilege to be part of it all!